China3D printingResearchers from four of Israel’s top universities have developed a novel 3D printingcraftsmanship that can help protect globally important coral reefs.
combine3D scanningenvironmental DNA sampling and 3D printing algorithms, the team successfully produced unique 3D printed ceramic coral reefs capable of sustaining life and promoting regeneration of the entire reef ecosystem.
“The rapid decline of coral reefs has increased the need to explore interdisciplinary approaches to reef restoration,” said Bar-Ilan University doctoral student Natalie Levy. “Examining how to protect coral reef biodiversity is a key question, but there is also an urgent need to invest in technologies that can improve coral ecosystems and our understanding of coral reef environments.”

Due to factors such as global warming and accelerated urbanization of coastal areas, the world’s coral reefs are rapidly declining, and many have become extinct. As a result, this has put enormous pressure on marine life that depends on coral reefs for survival, with subsequent catastrophic effects on the biodiversity of our oceans.
Additive manufacturing is one of many technologies being explored to help nourish our coral reefs back to health, with attempts to produce life-sustaining 3D printed coral reefs as early as 2015. Subsequent research has yielded positive results in integrating 3D printed coral structures in marine environments, demonstrating the technology’s potential to help restore natural coral reefs. 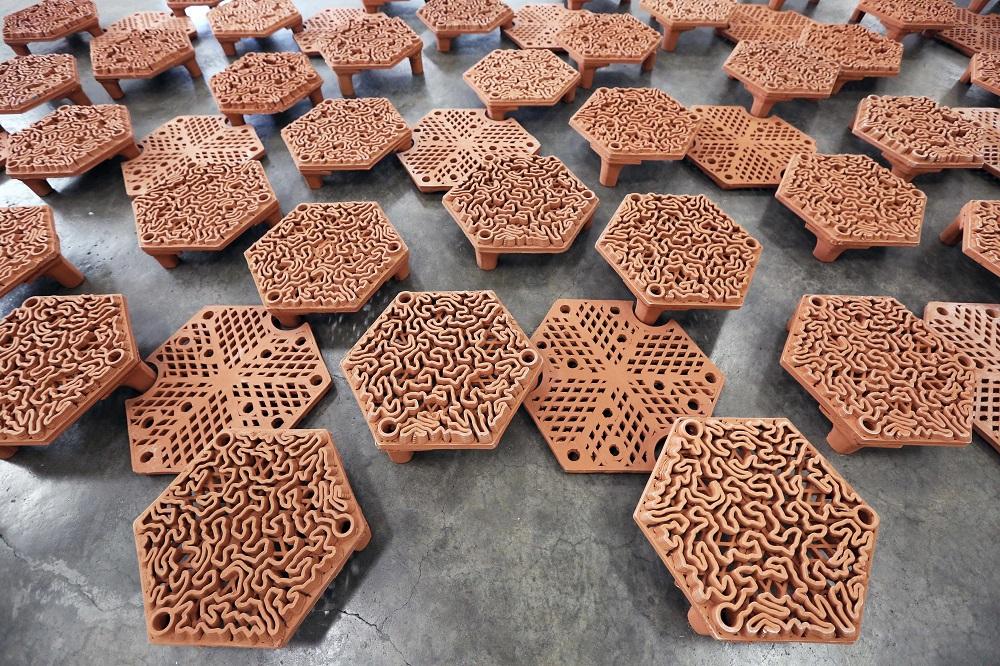 In addition to the Bar-Ilan University team, researchers from the Technion-Israel Institute of Technology, Haifa University and Tel Aviv University contributed to the study.
The research aims to address two key elements of saving coral reefs. First, an innovative and adaptable approach is needed to facilitate large-scale restoration of coral reefs around the world; and second, rebuilding the natural complexity of coral reefs in size and design that will attract local species of coral, fish and invertebrates support its regeneration.
To demonstrate their novel 3D printing process, the researchers focused on the natural structure of coral reefs near the coastal city of Eilat in southern Israel, although their models are reportedly applicable to other marine environments around the world. 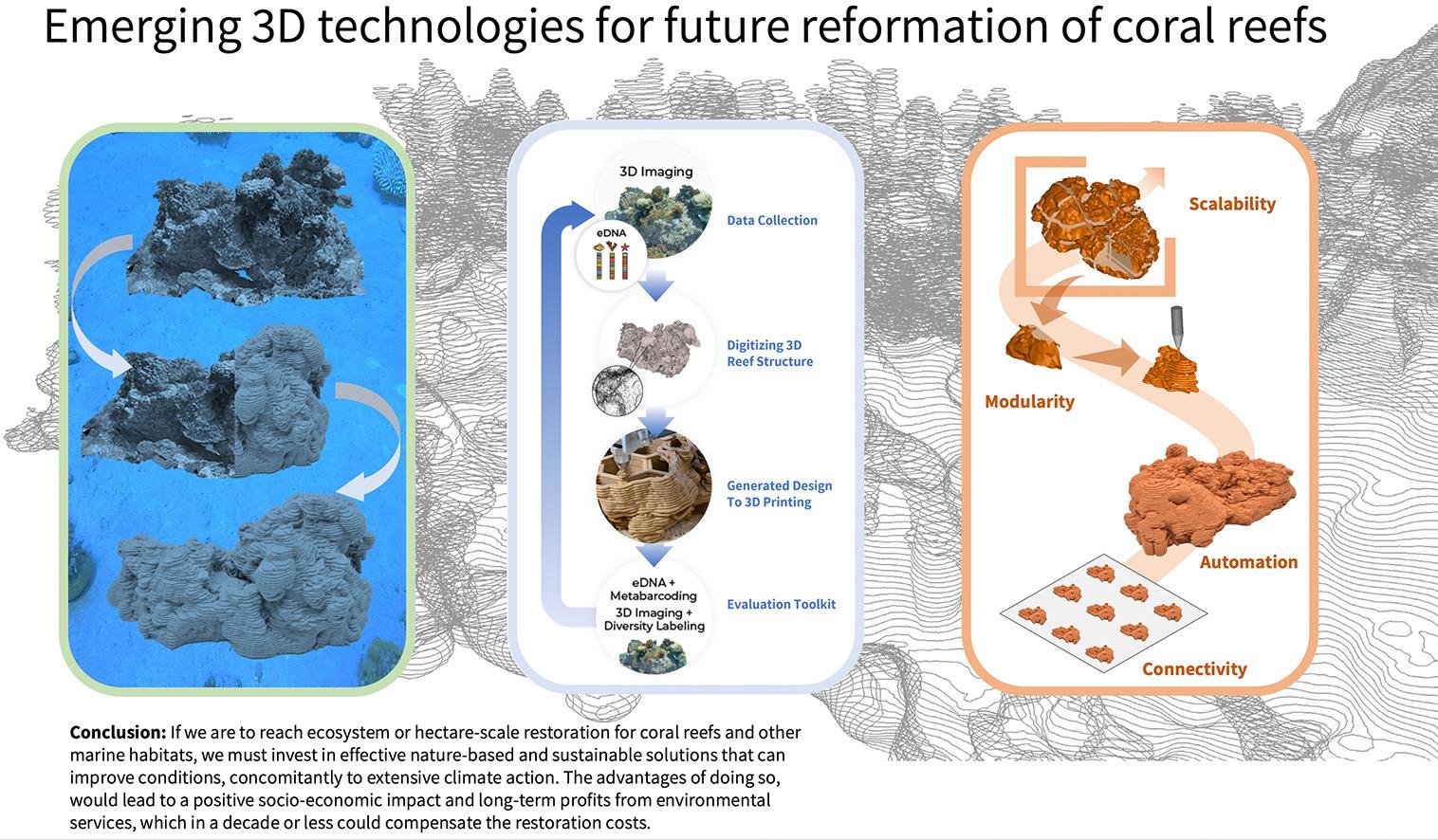 An overview of the researchers’ novel 3D printing method. Image via Bar-Ilan University.

First, the team scanned underwater photos of the reef, from which an accurate digital 3D model could be assembled. To calculate the complex morphology of coral reefs and understand how their morphology contributes to the species diversity of coral reefs, we took thousands of images and sent them to the lab.The team then used molecular methods to gather environmental genetic information to provide data on the organisms living in the reef. This data is combined with other parameters, such as core reef characteristics, and fed into a “3D technology algorithm” that enables the construction of an interactive parametric model of the reef. The model can then be designed to precisely fit the desired reef environment.

Finally, the team turned the digital model into the real world using a ceramic 3D printing process. The unique ceramic material used to print coral reefs is naturally porous underwater and, according to the researchers, was designed to provide ideal conditions for reef restoration. “3D printing with natural materials facilitates the production of highly complex and diverse units, which are not possible with the usual methods of mould production,” says Professor Ezri Tarazi from the Technion School of Architecture and Urban Planning.According to the team, the creation of 3D printing algorithms allows for in-depth and accurate inspection of each reef’s data, as well as the ability to tailor 3D printed models to specific reef environments. Based on the information gathered during the process, the data can be continuously re-entered into the algorithm to assess the effectiveness and level of efficiency of the design once it is implemented.

Technion’s Ofer Berman added: “The use of 3D printing allows for a wide range of freedom of movement in algorithm-based real-world solutions and absorbs sustainable production for the development of large-scale ocean restoration.”The team is currently installing several of its 3D printed reefs in the Gulf of Eilat, and believes the results they obtained will serve as a blueprint to help it deploy its 3D printing process and algorithms to other reef ecosystems around the world.

Get notified about exclusive offers every week!